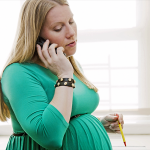 Next Article Busting myths by working through pregnancy

If you have recently had unprotected sexual sex or missed your period, it is possible that you are pregnant. The best time to test for pregnancy […]

Busting myths by working through pregnancy

Women have been homemakers for centuries. They were domesticated and raised children. For all of you reading this, things have changed thankfully. It has taken hundreds of years […]

If You’re Pregnant and Working, Know Your Rights

Congress passed the Pregnancy Discrimination Act more than 40 years ago to protect pregnant women at work. Employers were prohibited from considering pregnancy when making hiring, […]