If You’re Pregnant and Working, Know Your Rights 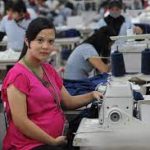 Previous Article Employment Protections for Workers Who Are Pregnant or Nursing 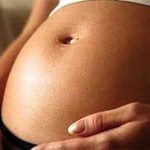 Next Article Pregnancy and Women with Spinal Cord Injury

For pregnant women, nursing mothers, and those who are trying to become pregnant, COVID-19 vaccinations are recommended. No evidence has been found that vaccines, including COVID-19 […]

Summary View the complete fact sheet. Pregnant women should aim to eat the recommended nutrients and not increase their kilojoules. Pregnancy can increase the need […]

Busting myths by working through pregnancy

Women have been homemakers for centuries. They were domesticated and raised children. For all of you reading this, things have changed thankfully. It has taken hundreds of years […]

Pregnant women need to get more nutrients, such as iron, protein, folic acid and iodine. You should also get enough calcium. Smart food choices will help […]